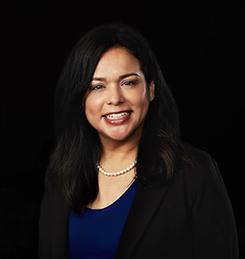 Blanca Crivello is Senior Engineering Associate and Acquisition Management Supervisor in the Manufacturing Engineering Section of the Materials Engineering Division. Since joining LLNL in 2002, she has taken advantage of its Education Assistance benefit, earning her AA in Business from Las Positas College, and certificates in project management and leadership from CSU East Bay and MIT.

Among the many teams that Blanca has been on in Engineering are the Additive Manufacturing Radioactive Operations Safety Team, Japan Earthquake and Tsunami Disaster Response, Sled Test, First Hypersonic Flight Test, and Sunfish. In 2019 she was on the team that received the Defense Programs Awards of Excellence for the “Conventional Prompt Strike Flight Experiment 1 (FE-1).”

Blanca is married and has two great boys whom she considers to be her greatest accomplishment. Outside of work, Blanca enjoys hiking, golfing, dancing and is a bon vivant who loves to serve charcuterie boards to her family and friends.